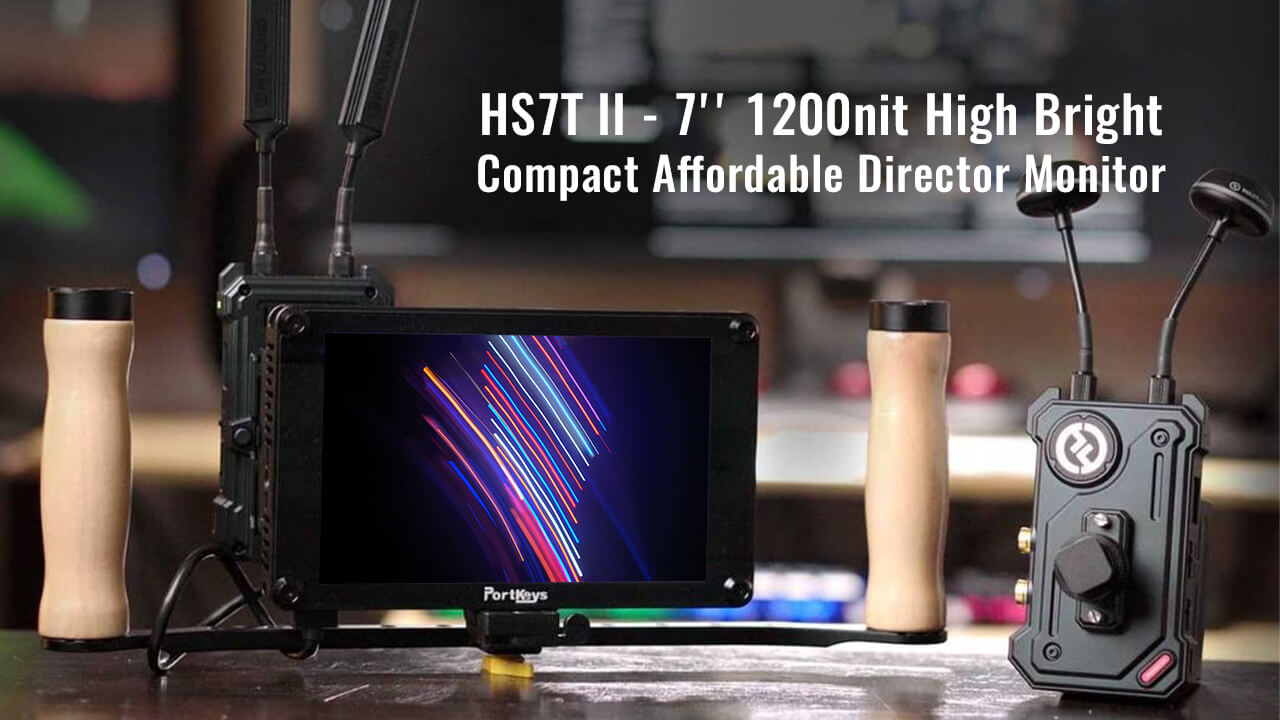 Compact & affordable director monitor, HS7T II reviewed by Tom Antos who is a film director and cinematographer with over 20 years of experience in VFX & animation.

This is my new small, light, and inexpensive wireless monitor for pulling focus or for the director to monitor.

I came up with this new setup while testing out the new wireless video system from Hollyland and right after getting my hands on the Portkeys monitor. I quickly realized that together these two different pieces of gear will make a small, light yet powerful wireless monitor. What makes this setup so good is the fact that it’s easy and fast to set up. It requires fewer batteries. It works up to 1000 feet of distance with an open line of sight. Also, the video latency is so low that it can be used as a dedicated wireless monitor for pulling focus.

Get yourself a Portkeys monitor, simplify the way you film.