How to Use Image Capture Image Overlay on Portkeys Monitors 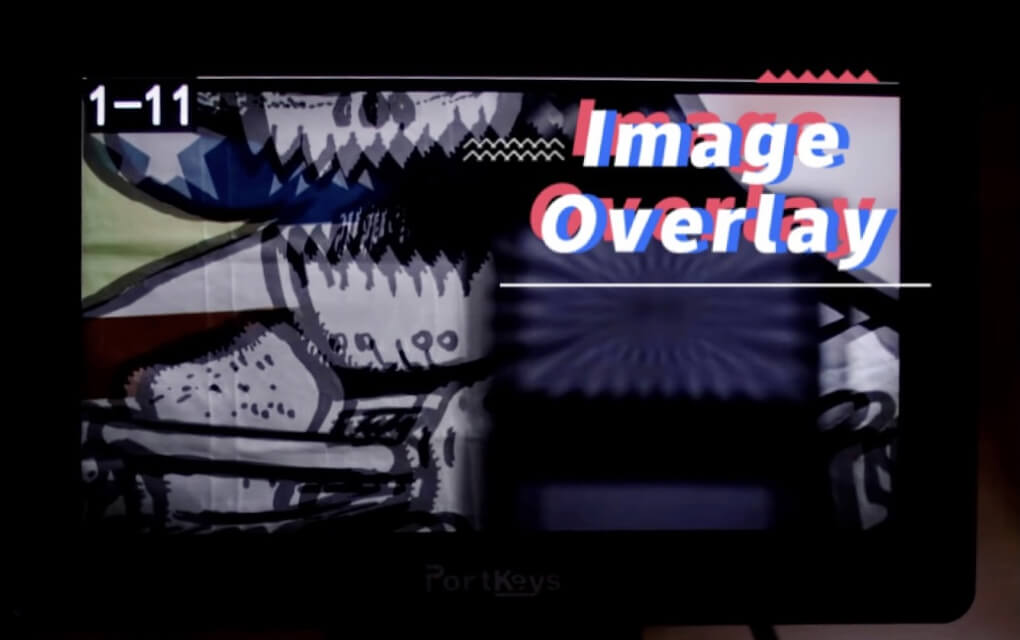 Image capture and image overlay are cool features that I think are really rad about the new BM5WR that weren’t on the original BM5 back a couple years ago. The Image Overlay tool is an advanced composition aid and is commonly used when shooting tethered. This function is often used to capture an image that will match a specific layout.

To access the image capture and image overlay and build your own custom tool menu layout, you tap the screen and swipe right. You’ll see that I have a few tools that I already added to my custom tool menu. If you tap this plus sign right here, you can pull up all the tools and features that this monitor offers.

You can add each one on your own touch screen menu. In addition, there are four hard function quick keys as well.

The first tool that I’m most stoked about is the image capture and overlay feature. Now, this is a feature that I really enjoyed about the Small HD monitors. How it works on the Small HD OS is that you can take a screen grab via the monitor, and then it’s stored to an internal SD card of the monitor. So, when I first heard that portkeys has this feature, it is really cool the BM5WR has internal memory that allows you to store up to 16 images.

Tap the Image Capture logo and then you will see a white frame.

Then, you’ll just simply tap the screen, whenever you’re ready to take the screen grab, you’ll see the frame changes green and then it’s stored into the monitor’s internal memory.

To access those captured images, tap the screen again this little logo right here with the double photos on it, that is the overlay. So you go in there, and then you’ll see it instantly overlays the last one in your library.

Now let’s fast forward to the next day and let’s say you have reshoots or whatever the case may be.

Just jump into the library and if you’re in tool menu layout screen, you can swipe right and then you’ll see some options where you can change the blending and the blink speed, as well as Use Latest option. If you turn it off you’ll see a little logo with a magnifying glass, just tap on it to access to your image library and now it’s stored here with all 16 of other captured images.

The downside of this system is that I haven’t found a way to delete every single image, so basically the only way to do that is to delete all of your images and completely wipe out your entire image library. It is a little bit frustrating.

I also am not sure if there’s a way to take images out of the internal memory and export them out via USB because that would also be cool because you know that’s a cool feature.

It would be nice to have a bunch of screenshots of projects that you’re working on just for your own personal archive, but of course to do that you need a way to take images out of the internal memory of the monitor so hopefully this will be something we can look forward to in a future firmware update for Portkeys.