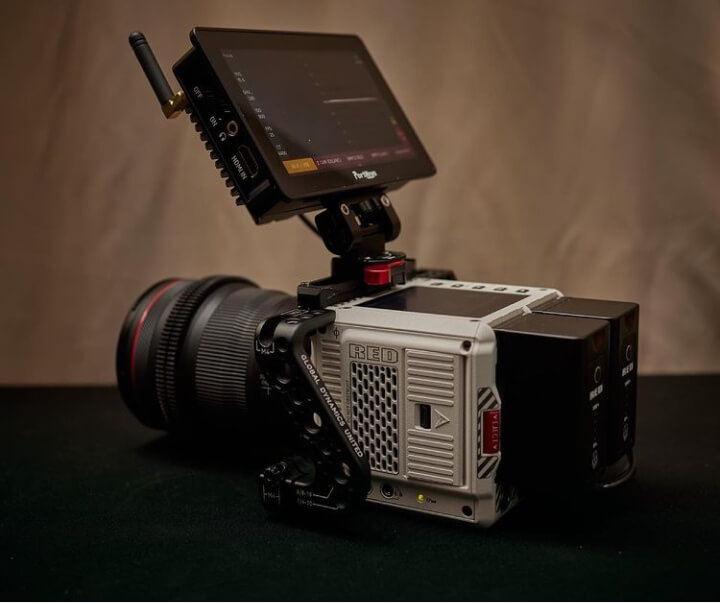 The Portkeys BM5WR initial thoughts from experienced users, Perter Choi, who use Portkeys BM5WR to harness the power of RED Komodo. Camera Control for KOMODO will enable access to RED KOMODO’s menu settings and operations. Peter Choi is from Washington, DC, and now lives in Singapore after living in Tokyo for 8 years.

Let us look at his story with Portkeys BM5WR. As a travel photographer and editor, he said that what he values more is the monitor’s control function, brightness to beat daylight sun, and robust metal build. BM5WR is a professional camera control monitor with a brightness of 2200 nits, it has a resolution of 1920 x 1080 and a contrast ratio of 1000:1. It is a WLED display and the panel is 10-bit (8+2 FRC), and richer details. The most intuitive feeling is that the picture quality is really great. In addition, it can take video signals up to Full HD at 60 fps. One SDI output port can output an image with 3DLUT and a peaking.

The following content is transferred from Peter Choi’s in RED User Group.

I’m very picky about monitors. After buying and selling multiple monitors the past 6 months I’m happy to settle with this as my 5-5.5″ monitor, to pair with my iPhone and Cine7. I do hope they can fix the control sliders to show a bit more info, and also add a box indicating where I tapped for touch-to-focus. — should be a very easy fix.

Happy Holidays! We will be off from Jan. 22nd to Feb. 9th. All orders will ship on February 10th. Please note! Dismiss